Curry Todd is a lawmaker working in the Tennessee House of Representatives to help preserve the conservative value our nation was founded upon and expressed in the United States Constitution.

Curry Todd support the right to bear arms, as well as a decentralized government with stronger state governments that can tend to the areas most important to the local community.
http://www.tagged.com/currytodd

Curry Todd is among the supporters of a new legislation of the Wolf River Boat Launch Access Study, funded by the Shelby County Office of Sustainability, to increase the use and enjoyment of the Wolf River and provide opportunities to participate in outdoor recreation, improve safety in and around the River.

The Wolf River Conservancy was founded in the 1980s, after a citizen-led protest stilled a new gravel mine that was to be dug along the Wolf River. To safeguard the future safety of the habitat they created the conservancy, a 501(c) nonprofit, to preserve and protect the area.

Curry Todd grew up as an athletic personality, and his abilities blossomed as he got older. He played on high school basketball team and named the Tennessee Player of the Year and was also recruited to the All-Memphis Basketball team for four years in a row. The Treadwell High School Eagles benefitted from having Curry on as one of their star players.

Due to his performances on the court, Curry Todd earned himself a place in the Tennessee Sports Hall of Fame. Famous and notable figures from every single sport, all the way from basketball to track and field, are all given honorable admission into the Tennessee Sports Hall of Fame. There are only 500 inductees in the hall, which makes it an even more outstanding accomplishment for Curry.

Curry Todd is a seasoned and respected legislator (R) from Tennessee. He was first nominated to the State House of Representatives in 1998. He has been the recipient of many accolades during his years in office, including the 2011 Lawmaker of the Year by the Tennessee Professional Firefighters Association, the FedEx Forum Lawmaker of the Year award in 2009, and the Lifetime Achievement Award from the Tennessee PTA in 2008.

Since 1998, Curry Todd has working to preserve conservative values and the freedoms enacted by the United States of America as a constituent in the Tennessee House of Representatives.

Curry Todd is a native of Tennessee, born in town of Juno.  Over the years, he has lived and served in Tennessee as a business owner, Memphis police officer, and state legislator.  Todd was a standout prep athlete and carried on his athletic career at the college level.  He was once voted High School athlete of the year for his prowess and achievements in the sport of basketball.

That athletic career gained him a retirement of his jersey and he was courted by various university basketball programs.  He chose to remain in his home state, choosing the University of Memphis to continue his playing career.  This career earned him induction into the Tennessee Sports Hall of Fame.  This is a cause he continues to support to this day.  Curry Todd is a proud father and civic employee.

Todd’s career launched from there, as he owned a successful business for some time, but then entered into the realm of public service as an officer of the law in the great city of Memphis.  He was noted for his outstanding service in this role, with a number of accolades and appointments to follow.  The highest of these responsibilities led to assignments in police training, legislation, and a role as a liaison and lobbyist for the law enforcement group.   From there, the foundation was set for his election to the position of State Legislator in 1998.  Since that time he has served the 95th State Representative District with distinction before the Tennessee State House of Representatives.

Curry Todd has the distinction of authoring a number of significant bills and co-authoring many others throughout the years.  Curry Todd has also participated in a numerous significant committees throughout his tenure.   Todd enjoys serving the community and participates in a number of causes like the National Rifle Association, the Shelby County Republican Women, the Shelby County Conservative Republican Club, the Republican Women of Purpose, the Memphis Zoological Society, the University of Memphis, Society, Inc. Board of Directors and many more.   Curry Todd continues serve his state and district with distinction and functions within the community as a respected leader and public servant.

Curry Todd is a native of the Volunteer State, where he was born in the town of Juno on December 31, 1947. Juno is a small town located almost exactly between Memphis and Nashville. By the time he was of high school age, Curry Todd had moved with his family to Memphis where he attended Treadwell High School and was a standout basketball player, good enough to receive scholarship offers from numerous colleges.

Curry Todd is a former Tennessee lawmaker who has worked to help preserve state’s rights through his work in the State House of Representatives as well as several general assemblies.

He believes in a decentralized Federal government that allows more state rights so that local governments can handle the issues that all of their members see firsthand in their respected communities.

Curry Todd is a Tennessee native who was born, raised, educated and eventually formed a family of his own in The Volunteer State. He is proud of where he comes from, and he has devoted his life to improving the state that has provided him with a great life. He started off as an athletic personality who had a knack for the sport of basketball. This eventually led to him playing for his high school team. He became a star player for the Treadwell High School Eagles basketball team, and he was drafted to the All-Memphis team four years in a row and was also inducted into the Tennessee Sports Hall of Fame.

He then went on to attend college at what is known today as the University of Memphis. After completing his formal education he went into politics, leading up to a career that has gotten him to a seat in the Tennessee House of representatives, a position he has held since 1998. He is a strong Republican lawmaker who works to preserve state rights, the safeguarding of the Second Amendment and the continuance of other such conservative values.

With all that he has done for the state in terms of environmental protection and many other political areas, Curry Todd has given back to the state that has given so much to him; and he is far from done yet. He hopes to continue a career in politics to help preserve all the things he loves most about his home. 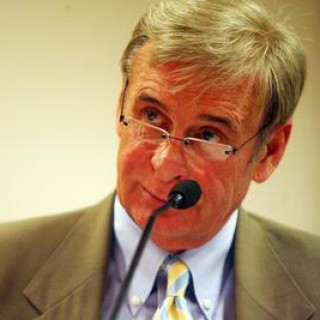